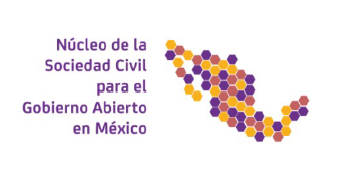 • The organisations that have been working for five years with the Federal Government and INAI within the framework of the Open Government Partnership have decided to leave the process of collaboration due to the lack of co-creation and dialogue conditions.

• In Mexico there are no conditions for a free and safe participation of civil society that enables the Open Government Partnership Agenda to move forward.

• The espionage directed to human rights advocates and the sudden rise of threats to freedom of expression increase mistrust and prevent a peer dialogue with the government.

• The Core Group of Civil Society (NOSC) will open a file through Response Policy which will be sent to the Steering Committee of the Open Government Partnership.

The Core Group of Civil Society Organisations pointed out the evidence revealed in a technical report elaborated by Citizen Lab with the aid of local digital rights NGO, SocialTic and R3D, which was published by The New York Times newspaper on February 11th, 2017 regarding the involvement of different Mexican government offices in the illegal digital surveillance of at least three prominent researchers and health rights advocates in Mexico.

Two of these three advocates collaborate with institutions that work together with Civil Society and the government in the Open Government Partnership (OGP) initiative, specifically in the construction of the Obesity Commitment of the Third Action Plan / 2016-2018.

Given the situation, the Core Group of Civil Society Organisations demanded the Federal Executive branch (represented by the Ministry of Public Administration) and the Commissioners of the National Institute for Access to Information and Data Protection (INAI), counterparts of the Tripartite Technical Secretariat (STT), to act effectively on this delicate matter, however, there was no concrete answer in more than three months.

Civil Society considered that “this surveillance is found to be illegal, as a control system and without a judicial law that mediates, leaves the citizens in a state of powerlessness and violates their privacy […] besides being a practice associated with totalitarian states contrary to the governmental openness promoted through the Open Government Partnership principles.

Added to the aforementioned there is the performance of different federal government offices that aimed to diminish the scope or substantially alter, unilaterally, the commitments and lines of action as agreed at last year’s work tables to undertake the established agenda for the Third Action Plan.

This is why the core group announced that the unanimous decision of the ten member organisations is to conclude their participation in the STT after more than five years of work in this space of dialogue due to the loss of trust in it and the lack of “co-creation and dialogue conditions with the Federal Government to continue within the process of the Third Action Plan.

Civil Society announced its decision to “continue working to promote the agenda of governmental openness in the country aiming to build the necessary conditions for the open government in Mexico to become a reliable and strengthened work platform that reinstates the principles of dialogue and collaboration in public problems solving”.

Lastly, they announced that there will be a case file opening through Response Policy that will be sent to the Steering Committee of the Open Government Partnership (OGP).

• The Open Government Partnership (OGP) is a multilateral initiative comprised of 75 countries that work together with civil society to promote citizen participation, increase transparency, fight corruption, and use technology as an enabler of this openness

• In Mexico, this operates through a Tripartite Technical Secretariat (STT), which is the space for decision making conformed of three parts: Executive branch (SFP), guarantor organ (INAI) and the Core Group of Civil Society (NOSC) for OGP’s decision making.

• Mexico was one of the eight founding members of the Open Government Partnership at an international level.

• Mexican Civil Society has participated in the construction of three Action Plans together with the government.